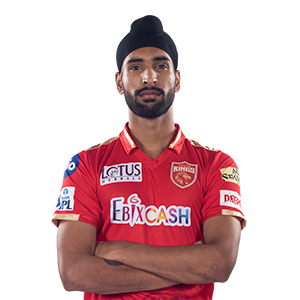 His professional cricket journey started when he saw a flyer for a cricket academy on his way to the market. Harpreet Brar's life took a full circle when he found himself in the market for the TATA Indian Premier League auction several years later. Life without cricket would have meant that he would have followed his father into Punjab police or flown to Canada for higher studies. Great options either way but not as cool as hitting five sixes in an over, which he once did in a club match, almost emulating his idol Yuvraj Singh.

If you had a superpower, what would it be?
Travel from one place to another on a second.