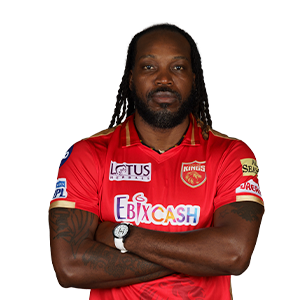 The Gayle Storm has broken record after record throughout his career and is one of the biggest names when it comes to T20 cricket. A constant terror for opposition bowlers, he has the most centuries ever in the IPL. Contrary to his current larger-than-life persona, Gayle was a reserved and shy student as a young boy. The Universe Boss’ favourite song is Dwayne Bravo’s Champion and he’s all set to champion the Punjab Kings cause this season. So watch out Mohali, because a storm is coming.

If you had a superpower, what would it be?
Invisible Man

Cats or dogs?
Both